Troy Barnett played five seasons in the NFL for the Washington Redskins and New England Patriots. He starred on the defensive line at the University of North Carolina (UNC) and earned undergraduate degrees in Political Science and Sociology.

Barnett was one of the first active players to take advantage of the NFL’s Career Internship at Reebok International for two off seasons. Without any formal education or training in Information Technology (IT), Barnett developed a passion for working with computers during his internship experience. Determination and work ethic–two skills developed through playing football–helped Barnett transform into a competent IT professional. Legendary coach Bill Parcells admired Barnett’ s commitment and nicknamed him “laptop.” Barnett’s willingness to work as an intern during the NFL offseason paid off as evidenced by Reebok offering him a full-time job in IT immediately following his retirement from football. From 1998 to 2006 Barnett climbed the ladder in various roles at Reebok.

He moved to rival company Under Armour in 2007 and currently serves as the Senior Director of Corporate Services/Business Relationship Management (BRM) Lead. Barnett supports 5 corporate service functional areas and is blazing a trail as a “fixer” in IT 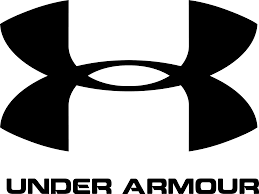