Lamar “Soup” Campbell played five seasons in the NFL for the Detroit Lions. He starred as a defensive back at the University of Wisconsin (UW) and played for legendary UW Coach, Barry Alvarez and currently works at UW in the area of student-athlete development.

Long before the movie Concussion starring Oscar nominated actor Will Smith, Campbell was aware of the dangers associated with brain trauma. He suffers from migraine headaches and has committed to donating his brain to science to help the game he loves. The following two-minute video link “Lamar Campbell: Why I’m Donating my Brain” provides insight into Campbell’s desire to educate: Lamar Campbell: Why I’m Donating My Brain

When he left the game, he started Life After the Game, an internet radio show on the Voice America Sports Network. He continues to hone his craft as an educator, journalist and a pioneering visionary for his courage to discuss the concussion issue long before it was popular. Click on the following link to view CNN’s Big Hits, Broken Dreams where Campbell was featured with Dr. Sanja Gupta. 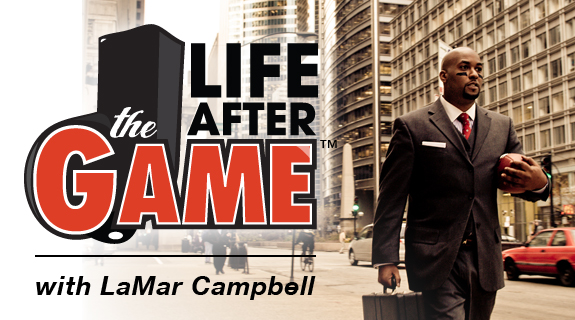