Tarik Glenn played both offensive and defensive line as a four-year letterman at Cal Berkeley. The Indianapolis Colts selected him as the 19th overall pick in the first round of 1997 NFL draft.
The investment paid huge dividends for the Colts. He protected All Pro quarterback Peyton Manning for ten seasons, played three pro bowls, and was crowned Super Bowl champion when the Colts defeated the Chicago Bears in Super Bowl XLI.

Glenn played for legendary coach, Tony Dungy, who believed in the holistic development of athletes. Glenn took Dungy’s words to heart and begin working on his career transition plan early during his NFL playing career. He was the first active player to participate in the NFL-NCAA externship program at the NCAA’s national office in Indianapolis. Glenn co-founded Dream Alive, Inc., an Indianapolis based 501 (c) (3) organization created to empower urban youth as civic-minded leaders.

He earned his undergraduate degree in social welfare and returned to Cal Berkeley in 2014 to work in the area of student-athlete development. Glenn will be bringing a contingent of student-athletes to PNE 2016 to teach them the value of networking 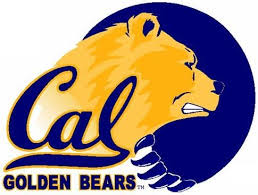