Donald Jones: Fighting Kidney Disease on Play at a Time

Donald Jones played three seasons in the NFL for the Buffalo Bills. An undrafted free agent from Youngstown State University, Jones knows what it means to beat the odds. Signed by the New England Patriots after three years with the Bills, Jones was diagnosed with advanced Kidney Disease in 2013. After being advised by doctors and medical professionals to discontinue playing football, Jones decided to continue competing and challenged himself as an author. His first book, The Next Quarter, chronicles his fight against kidney. Readers will be inspired by his story and see the connection between faith and family.

Jones is a national spokesperson and a board member for the IGA Nephropathy Foundation of America. Additionally, Jones has spoken on Capitol Hill before Congress, at the New York Presbyterian Hospital where he was recognized along with another transplant survivor, Robin Roberts, anchor for ABC’s Good Morning America, and was recently an invited special guest to a transplant event sponsored by The Transplant Forum at Columbia University Medical Center.

Visit www.DonaldJones.info to purchase a copy of The Next Quarter: Scoring Against Kidney Disease. Donald, a featured athlete at PNE 2016, will be on the speaking circuit in the Bay Area leading up to Super Bowl. His inspirational message hits the mark for individuals fighting health challenges, inner-city youth, and athletes. 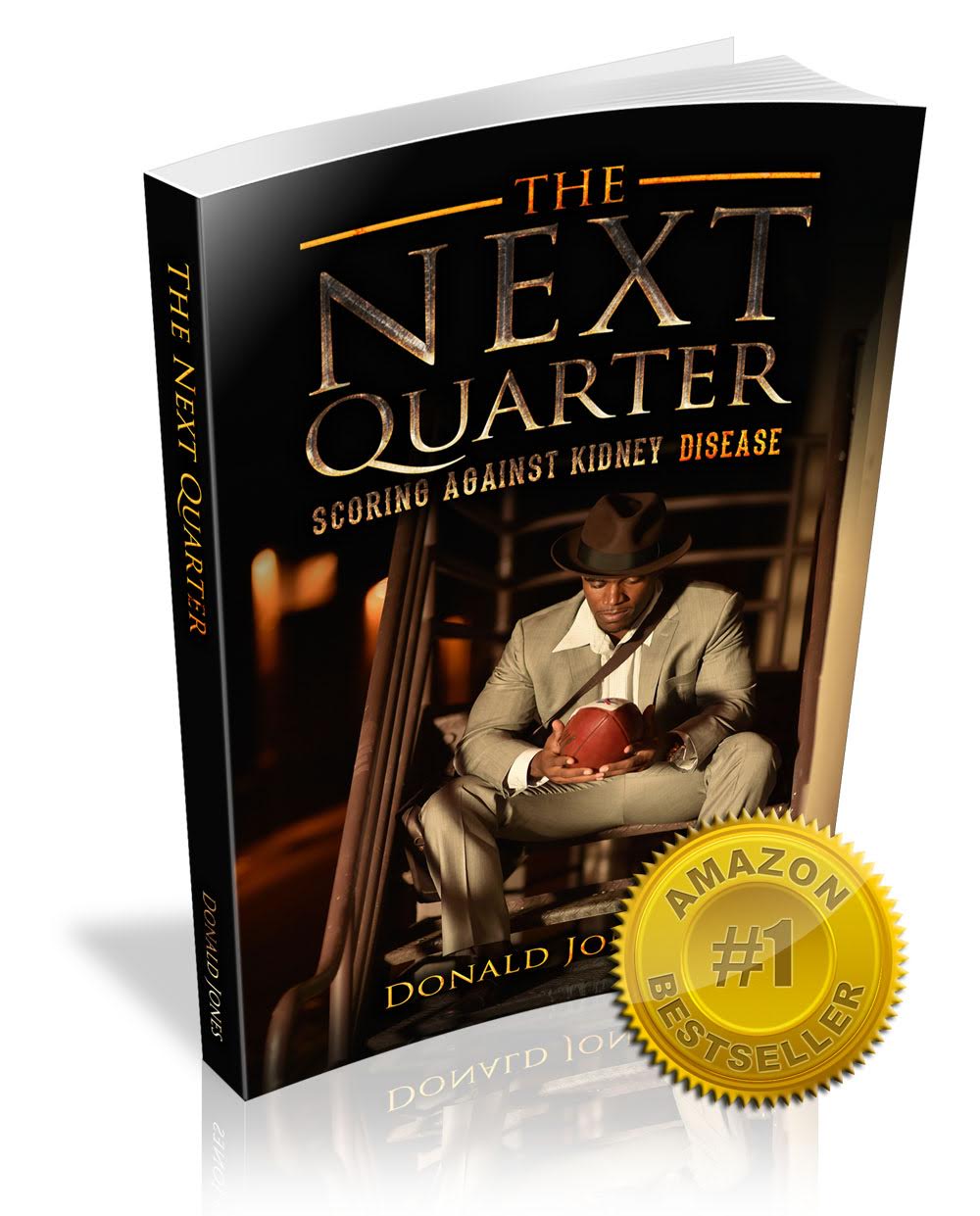